Labels: entertainment, movies, pepsi, rosendale theatre
Posted by Racingdaylightllc at 7:42 AM No comments:

Posted by Racingdaylightllc at 1:40 PM No comments:

Since the last post I have rewritten SLAP AND TICKLE to accomodate my Latina heritage as well. The script is out to interested parties.

Caitlin will go into the studio with the fabulous Stephen George to work on the first song we will record for the film. We'll be shooting a short music video for it in July and get it out virally soon after.

In the meantime Sophia's film 21 BELOW continues its trek on the festival circuit. With strong interest in the UK. Well worth a viewing should it happen to play near you.

I have written the first draft of a feminist action adventure novel set two million years in the future. THE GOLD STONE GIRL is a cautionary tale in support of female empowerment today. We have plans to use the novel as a bible for a 3seasons web series and also to platform it for a game.

So while we have been silent the wheels have been turning.
Posted by Racingdaylightllc at 3:55 AM No comments:

It's been a long time since I've updated this blog. In that time Racing Daylight continues its travels around the world
Posted by Racingdaylightllc at 3:54 AM No comments:

NALIP - LMM AND OTHER NEWS

We'll be taking SLAP AND TICKLE to the NALIP conference in Newport Beach this April, and also entered it for consideration in the Latino Media Market, which willl be running at the same time. As a NALIP (National Association of Latino Independent Producers) member, it is exciting for us to bring this worthy project to our community.

Meanwhile, our producer, Sophia Raab Downs and partners Jenny McGuire and Samantha Buck (director) will be taking their cinema verite documentary feature 21 BELOW to HOT DOCS in Toronto and also to the SARASOTA FILM FESTIVAL. Definitely worth seeing.
Posted by Racingdaylightllc at 7:31 AM No comments:

Thank you Freyr Thor and all the folks at VANGUARD INTERNATIONAL CINEMA for agreeing to distribute our flirty new film.

Please check back regularly for updates as we chug this machine to life with firming plans to shoot in early June 2009!
Posted by Racingdaylightllc at 4:47 AM 1 comment: 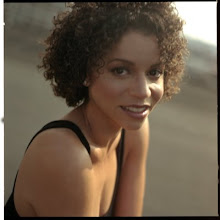